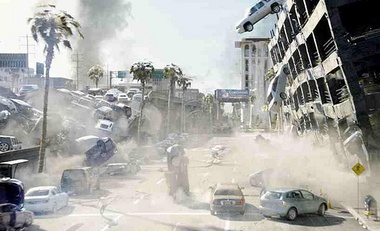 Well, at least we have the weather.

The future of Los Angeles remains bleak, according to a highly anticipated report released Wednesday by the LA 2020 Commission.

“For too many years we have failed to cultivate and build on our human and economic strengths, while evading the hard choices concerning local government and municipal finance presented by this new century,” read the introduction to the report ominously titled, “A Time for Truth,” which was authored by a 13-member citizen panel. “Los Angeles is sinking into a future in which it no longer can provide  the public services to which our people’s taxes entitle them and where the promises made to public employees about a decent and secure retirement simply cannot be kept. City revenues are in long-term stagnation and expenses are climbing. Year by year, our City — which once was a beacon of innovation and opportunity to the world — is becoming less livable.”

Adding insult to injury, the report claims that City Hall’s recent efforts to confront the city’s traffic problems — evidence by the passage of Measure R — will likely be in vain.  “Even if we spend more than $500 billion on transportation projects, individuals will only save three minutes in travel time each day,” says the report.

As The L.A. Times points out, “some of the commission’s members have been doing business at City Hall for years — and had interests that made their way into the 2020 report.”

The report is heavy on prescriptions but light on solutions. The commission plans to release a second report in which they will ”propose a series of concrete measures to begin to address these questions and enhance transparency and accountability in LA City Hall.”