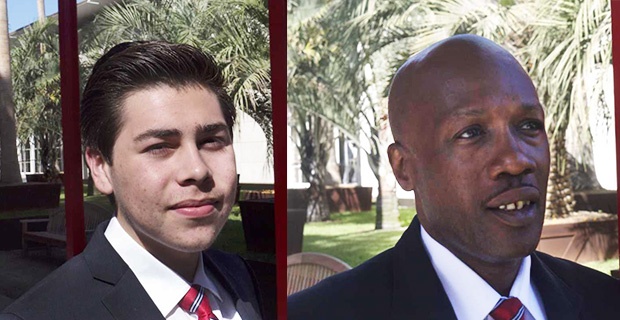 ‘Google’ reviews of “James Turrell: A Retrospective” at the Los Angeles County Museum of Art and you will come across a range of descriptors that could easily have been borrowed from a write-up of a 1960’s psychedelic rock show. Words like “rapturous,” “disorienting,” “overpowering,” and “devoid of boundaries” have all been employed.

The Turrell exhibition, which celebrates the career of the famed 70-year old California light and space artist, includes “early geometric light projections, prints and drawings, installations exploring sensory deprivation and seemingly unmodulated fields of colored light.” Now entering its fifth month in a year long run “A Retrospective” has been widely lauded for both its scope and for the unique state it renders those who attend.

“I walked behind, my hands groping for the walls. Turrell stayed a few steps ahead, muttering directions — “forward now, another step, this way, and turn” — until I rounded the final corner and saw the piece materialize before me. It was a looming plane of green light that shimmered like an apparition. The rush of blood to my head nearly brought me to my knees.”

This, of course, is the point and since its opening over fifty thousand visitors have flocked to LACMA to ‘experience’ Turrell for themselves. But hidden amidst the crowds is a small subset of individuals who are exposed to the meditative effects of Turrell for hours and hours on end. A small group of people that, whether they like it or not, are achieving a particular intimacy with the work of an artist who pushes the boundaries of human perception and how we as humans see. We are referring to the exhibit’s guardian-attendants.

Meet Teddy Williams and Patrick Beltran. Together the two LACMA guardian-attendants have combined to clock hundreds of hours in the Turrell exhibit. Their job includes shepherding visitors into and out of the Ganzfeld Room — a 5 thousand square-foot installation uniquely designed to eliminate the viewer’s depth perception.

“We’re perceptual people,” said Williams who also goes by the name “Ted E Fame” from a previous career as a member of a rhythm and blues band.  Williams has worked as a guardian-attendant for 6 months. “The work is all about space, color and light. It’s enthralling.  The best part is doing our own research. The Ganzfeld Room affects people the most. It is emotional, spiritual, mental — All three things. It’s focusing on a thought. This is heavy, or happiness,” he said.

Beltran, 19, has worked as a guardian-attendant for 6 months and  is a student in business administration at Cal-State Los Angeles.  He also does crowd control for the line at the Ganzfeld Room, which both guards concede is the focal point of the show.

“It is relaxing, serene in there,” he said.

The two guards are a study in contrast. Where Williams — a native New Yorker — is a particularly colorful character and a performer of sorts who prides himself on “defying the guard role,” Beltran is more reserved and looks every bit his age. They are but two of dozens of guardian-attendants that LACMA employs. But for guardian-attendants the Turrell Retrospective is a different beast altogether. It is hard to think of a recent art installation where visitors must sign an affidavit assuring the museum that they are covered by health insurance and have no heart problems to experience a “perceptual cell.”

We asked the two guards to recount  their most memorable moments. Williams recalled an incident where he saw a lady standing in the middle of the Ganzfeld Room for ten minutes with her hands above her heard.  Ten minutes later she exited the room with tears streaming down her face.  “I asked her why she was crying.  She said, ‘something came over me.’  [Working on this show] is a joy, for one reason: the patrons,” he said.

Said Beltran: “People ask me, ‘what are you supposed to experience?’  We get a lot of that, and we get people that want to dance in there. They have to be removed. We get a lot of references to ‘The Matrix,’ ‘Willy Wonka,’ heaven, floating. People are very involved with this work.  I see a lot of self-reflection.  Sometimes people want to test the boundaries and many of them want to know how it works.”

With sister exhibitions taking place at the the Museum of Fine Arts, Houston and the New York Guggenheim clearly a Turrell renaissance is underway, which locally has brought out a number of celebrities to LACMA. Actor Tobey McGuire was spotted by Beltran as was Anne Hathaway, Tom Cruise, Brad Pitt and Angelina Jolie. “Ed Harris was sitting there when Weird Al Yankovic walked in,” said Williams.

With the exhibit scheduled to run for another five months neither Beltran nor Williams are showing any signs of ‘Turrell’ fatigue.

“No, it’s not work,” said Williams. “Work is draining. I can’t wait till the next group of people get there. I am making jokes the whole time.”